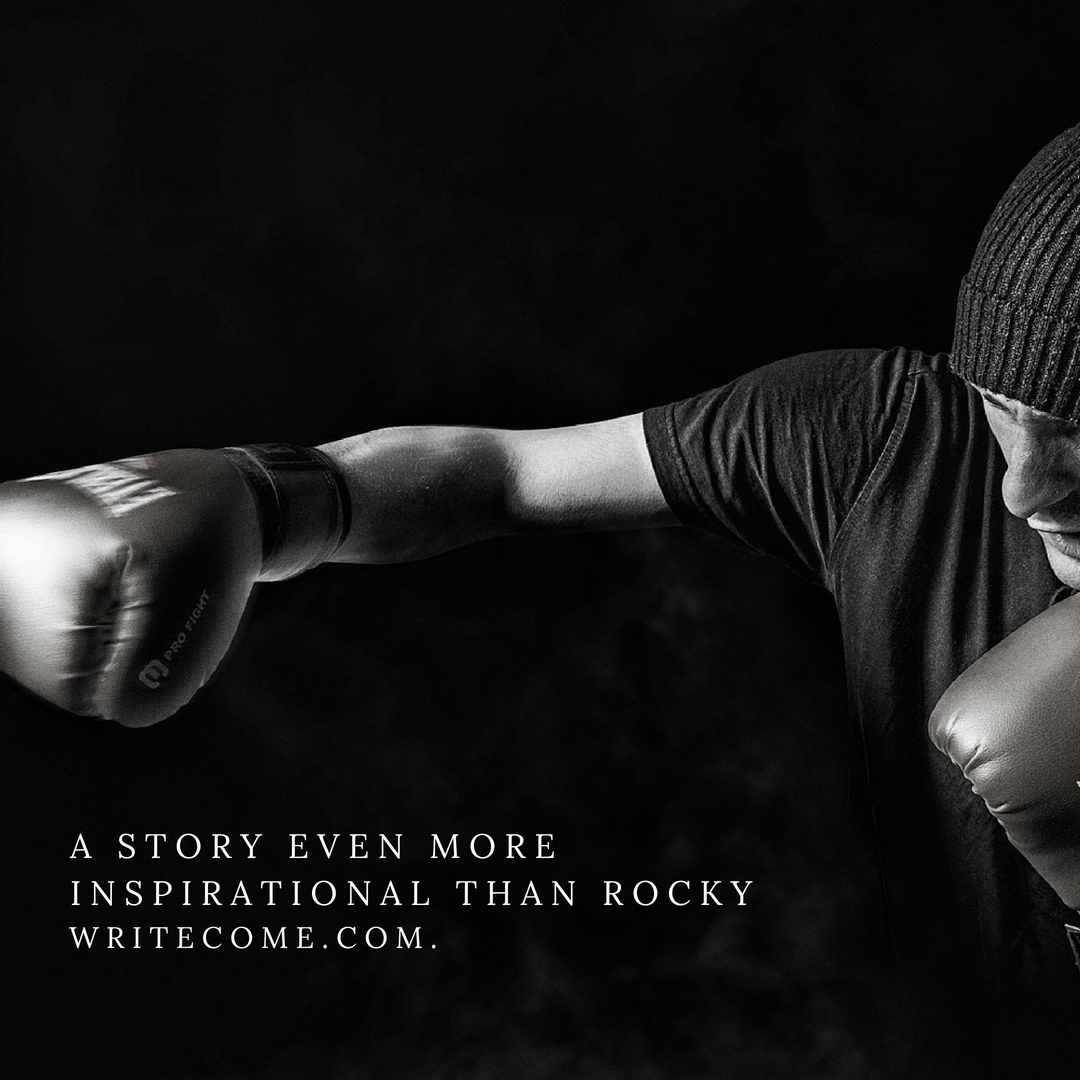 …for some people, myself included, the Rocky movie is inspirational.

As we watch Rocky enter the ring at the end of the movie, we’re rooting for our hero after all he’s put himself through.

The hours of training.
The journey from  no belief to belief.
Not giving into the naysayers that tell him that he can’t do it.

Thing is, how that movie came about is even more inspirational.

Like many kids, Sylvester Stallone had a dream of being an actor. But due to the way he was delivered at birth with forceps, he was left talking out of the side of his mouth and it affected his appearance.

Not a good starting place for a Hollywood leading man.

But he still wanted to be one.

He had 1,500 meeting with agents to get his first break. No one wanted him. (By the way, there weren’t that many agents in LA, so he usually when back 4 and 5 times to see the same ones.)

But after sleeping in a waiting room all night, waiting to be seen, he got his first role. – A thug in a movie.

That’s all the parts you’ll get, he was told.

He didn’t want that. He wanted to be a movie star.

For most people, when you’re broke, have no heating in your home, you’d be inclined to quit. He didn’t.

His lowest point was selling his dog for $25 at the local liquor store.

Seeing that he needed some other way to get to his goal, he turned to writing after coming upon a book by Edgar Allan Poe at his local library.

After that the most he ever got for a script was $100.

That was until he was inspired by watching the rank outsider Chuck Wepner take on Mohamed Ali in the ring.

Twenty hours of non stop writing later, the Rocky script came about. He knew this was the one for him.

But again, as he was trying to sell it, he was met with the usual criticism, it’s no good, predictable, it’s lousy… that was until he got an offer for over one hundred thousand for it.

He turned it down. Why?

His one condition….if they were buying it, he wanted the staring role.

You can imagine their response. No way!

Weeks later, and now up to a quarter of a million for the script, he still wouldn’t let it go.

He was Rocky, and if anyone was going to play the part it was him. – And not Ryan O Neil who they planned on getting.

Frustrated, the studio gave in to his demand, but only offered just over thirty thousand for the script.

So what do you do with over thirty thousand in your back pocket?

No. He went looking for his dog, Butkus.

After three days spent standing outside the liquor store he eventually found the guy he sold it to.

But although he sold Butkus for $25, the new owner wouldn’t let it go until they reached an agreement of $15,000 and a part in his new Rocky movie.

The rest, as they say is history. A movie that cost one million to make took in 100 million, and made Sly one of Hollywood’s success stories.

It’s also something to keep in mind, when you’re drowning in bad reviews, bitching about having to write every day, and when it looks like the whole world doesn’t give a monkey about you or your books.

I’ll leave you with this quote…

“Let me tell you something you already know.
The world ain’t all sunshine and rainbows.
It is a very mean and nasty place and it will
beat you to your knees and keep you there
permanently if you let it. You, me, or nobody
is gonna hit as hard as life. But it ain’t how
hard you hit; it’s about how hard you can get hit,
and keep moving forward. How much you can
take, and keep moving forward. That’s how
winning is done. Now, if you know what you’re
worth, then go out and get what you’re worth.
But you gotta be willing to take the hit, and not
pointing fingers saying you ain’t where you are
because of him, or her, or anybody. Cowards
do that and that ain’t you. You’re better than that.”

PS – Ready for another shot at the title? Well go out there and take it.

...you'd never run a marathon fuelled by bubble gum. Because you know how that would end. Left with nothing to run on,...