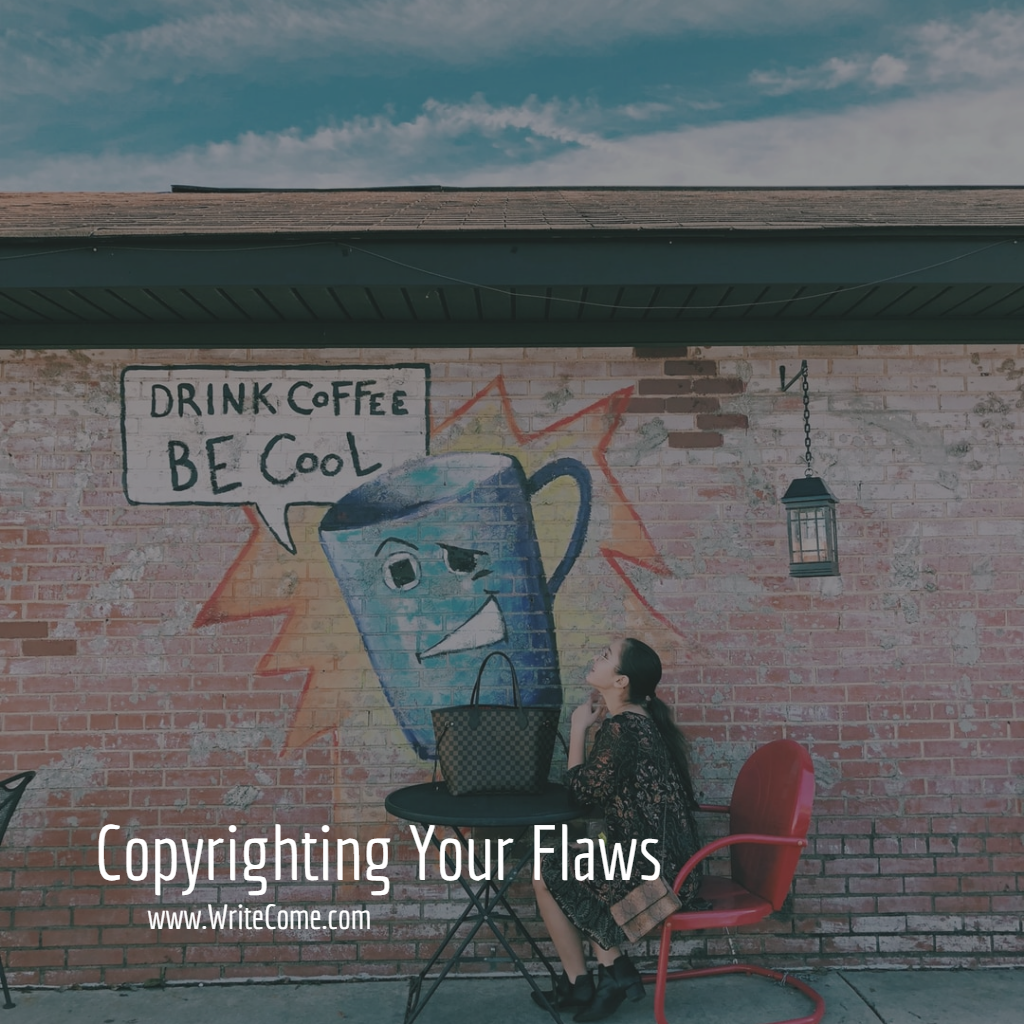 …if you don’t know him by his hard to spell surname, it’s his thick Austrian accent.

In his early days, young Arnie was told that he’d never make it. If his accent didn’t overpower everything he said, his name was unpronounceable.

Years later, those things are two of the things we remember him for. – They’re almost trademarks by now.

A lot of people however, think the opposite. – That there’s safety in numbers, and blending in with the crowd.

So you get copycat Instagram accounts. – Throw a rock and you’ll either hit someone that’s just posting someone else’s inspirational quotes…or standing in the toilets with their pants down admiring their six pack.

And writers copying others books. –  If it’s not Twilight, it’s Harry Potter or The Hunger Games clones being written.

All instead of just being themselves, and embracing their uniqueness. Or even going as far as copyrighting their flaws.

Like it or not your flaws are all over your work.

You can run from them…or you can use them to separate yourself from the crowd.

Once you do, you’ll be remembered long after the magnolia crowd have packed up and moved on.

It’s the only place online where you’ll find all my content in one spot.  If it’s not my daily emails, it’s my podcast, memes or the member’s area.

If you want to be a member however……you better get a move on.

I’m losing the door of the membership area in the next 24 hours.

PS –  If you miss the cut off point. I’m sorry you’ll have to wait until next time…when it’ll probably cost a lot more.

"Important News For People Who Are Looking To Make Money..."

"Free Video Course Reveals How To Make Money From Your Internet Browsing History!"