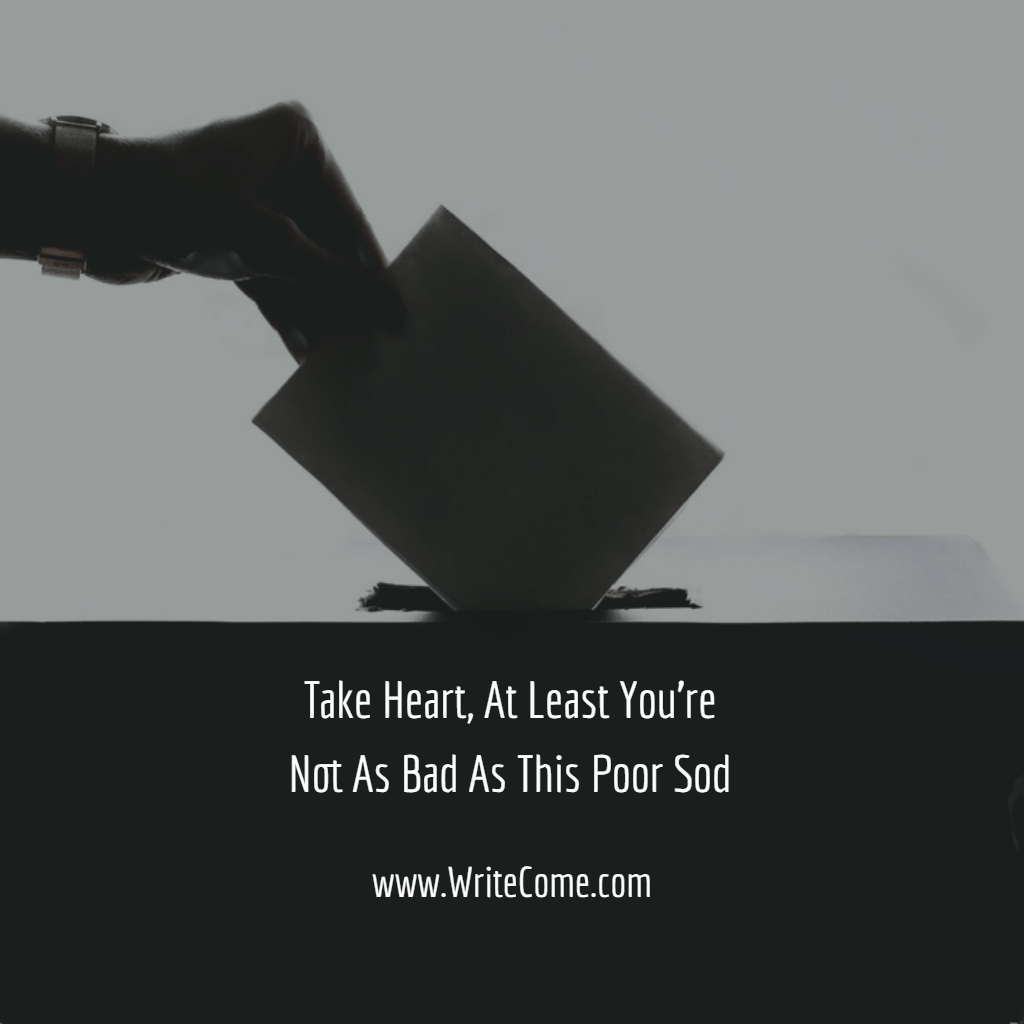 …right now, on both sides of the Irish border, we’re coming out the other side of election time. If it wasn’t the local ones, it’s folks looking for a seat on the European parliament.

Now that the counts are being finalized, I’m looking forward to the day when I’m not being greeted by the cheesy grin of an election poster on a telegraph pole.

One person once said that politics is showbiz for ugly people, and I’m inclined to agree with some of the potato heads that have appeared out of nowhere, looking to be my ‘bestest’ friend.

Looking bewildered, lost, and some, like they’ve just been overcome by a fart in the room, there’s a few faces that wouldn’t look out of place on the side of a milk carton, or being held up by a family member at a police press conference.

Now, while there’s been success stories for some, Independent candidate,  Patrick Feeney, alas, wasn’t one of those.  He pulled in only one vote.

Which, if he voted for himself, means that none of his family, friends, or neighbours thought he was worth voting for.

But, it’s not all bad, he got an additional vote when they did a second count…so maybe his mother thought he was worth taking a chance on after all.

Now, one way you can get better at selling more books, or coming up with book ideas, is to see what people are typing into the search box over on Amazon.

And to do that right, means coughing up money for an expensive keyword tool. Which, if funds are tight, or you don’t know what you’re doing, means you could be losing out on book sales.

But there’s a light at the end of the tunnel, and that’s my Amazon Keyword Tool course, shining brightly at the other end.

Not only do I show you how to do keyword searches on Amazon for free, but I’m also knocking ten bucks off my Keyword Research For Beginners course as a limited time bonus to make sure you hit the ground running.

If you want to see what’s what, click this link here to get your hands on the videos and the hidden discount.

PS – If you’re looking for a sales letter, or more time, I’m afraid you’ll be as disappointed as poor Mr Feeney, because it’s going bye bye in the next 24 hours and won’t be repeated.

Feeling Guilty For Sending An Email To Your List?…