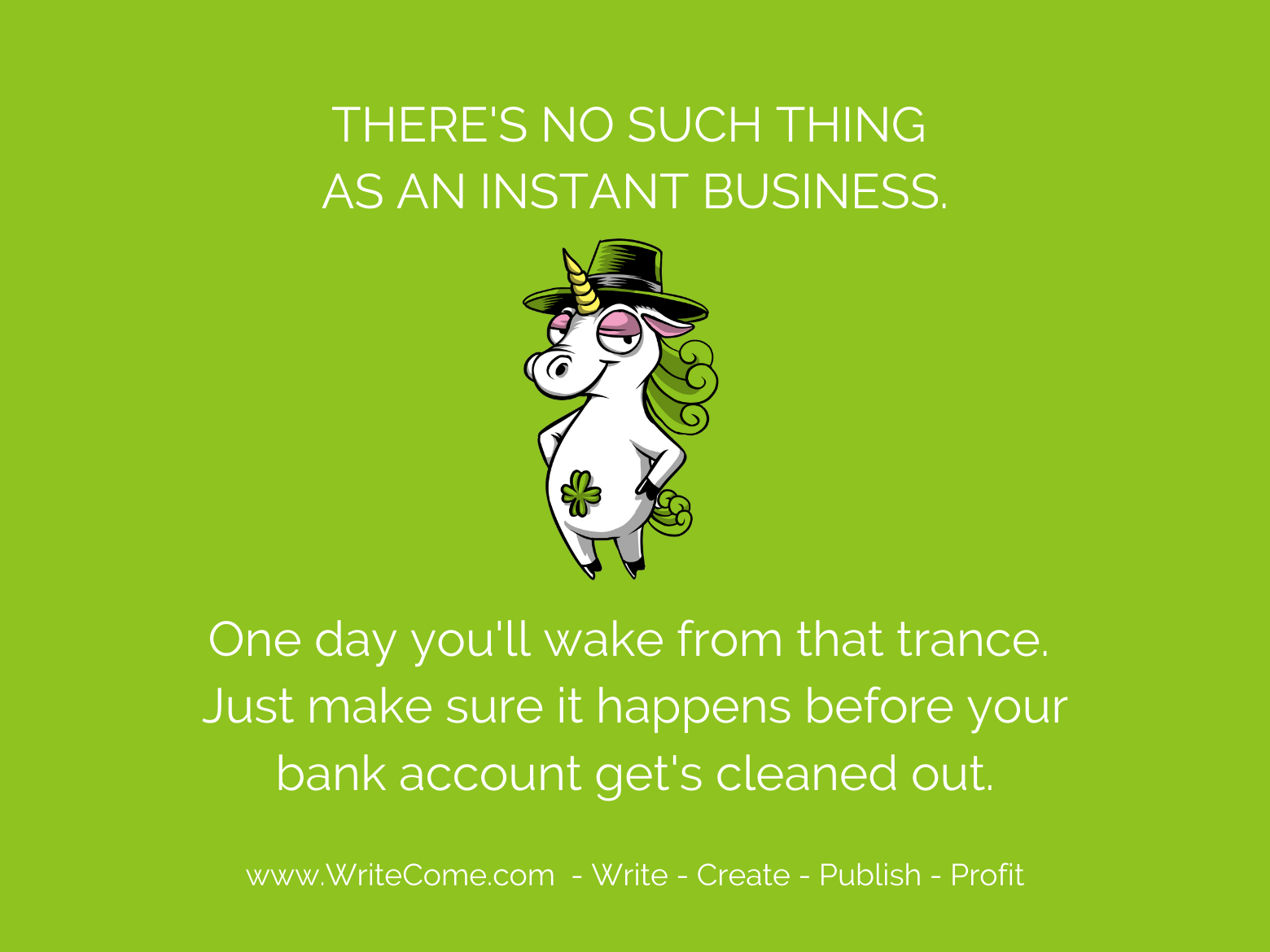 …the other day I got an email from Perry Marshall that sent me off on a spot of reminiscing.

Perry had it brought to his attention that most folks that were at his seminar had been through two, if not three, failure cycles.

Once they’d been through those cycles, they realised that what they’d been told, and sold, was BS and never going to get them anywhere.

They wanted Perry to give them the medicine, no matter how bad it was going to taste. And they filled their little notepads accordingly.

Going back through my own business failures, I can count at least two MLM businesses that ended up on the rocks, and a long time spent in the wilderness of Internet marketing.

When it happens to you, it can be tough.

It can feel like you’re never going to make it.

And that you’re going to spend the rest of your life going from failure to failure.

But as you do, you learn something.

That there’s no such thing as an instant business.

That you need to take action….and take massive action to get anything started.

Walking around for hours, putting leaflets in doorways and on cars windscreens, to sell some weight loss kits, kinda puts that myth to bed.

And that, if it’s too good to be true, it probably is.

I don’t know where you are right now, and what you’ve been through. But if you haven’t gone through enough failure cycles, those bright shiny objects are always going to seem alluring.

But there will come a day, when you’ll wake from that trance, when the pied piper’s tune doesn’t sound as good as it once did.

Then…you’ll be ready to take the daily actions that need to be taken.

Then…you’ll see the sense in working on one thing at a time, and not trying to do ten at the same time.

And until then….you’ll look at that link below and never click on it. Because there’s so many things you could be doing right now.

PS – Unfortunately too many, will drop out of the writing and creating race, before they get that far.

Here’s What You Missed…

Why Wait To Get Started?…